The Risks Of Autumn Driving In Columbus, Ohio

Home » Blog » The Risks Of Autumn Driving In Columbus, Ohio 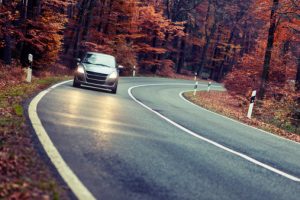 As the days grow shorter and weather becomes more hazardous, this time of year can pose a slew of risks to road users in the Columbus area. According to Statista, October was the deadliest month in 2016 (the latest statistics) with approximately 3,249 traffic fatalities nationwide.

While November experienced a drop in traffic fatalities, 2,998 people lost their lives on US roadways during that month in 2016.

AS THE DAYS GET SHORTER, CRASH RISKS INCREASE

The National Safety Council (NSC) reports that shorter days can result in visibility issues. During nighttime hours, drivers may only be able to see about 250 feet without high beams. That distance can be increased to 500 feet with high beams. Less visibility means less time for drivers to avoid a crash, especially if speeding or distracted driving is a factor. Moreover, drivers around the age of 50 may need twice as much light as drivers around the age of 30.

Another risk posed by shorter days is drowsy driving. As the days get shorter, the lack of light can have an impact on drivers’ circadian rhythm – which is the body’s natural way of programming sleepiness and wakefulness. A hormone called melatonin, which induces drowsiness, tends to increase during the nighttime hours. This can put motorists at risk of falling asleep behind the wheel.

A National Sleep Foundation poll found that 60 percent of motorists have reported driving while tired. An additional 37 percent of drivers polled have admitted to falling asleep at the wheel.

According to Esurance, slippery road conditions increase during the month of November. Factors usually include:

During the month of November, it is crucial for drivers to be aware of the hazards that exist on Columbus roadways. Failure to maintain a safe speed and stay fully engaged can put other road users in danger.

If you or a loved one was injured in a crash caused by someone else’s negligence, you may be entitled to compensation for medical expenses, lost wages, and suffering. Speaking to an experienced auto accident attorney is an important step to secure your claim.