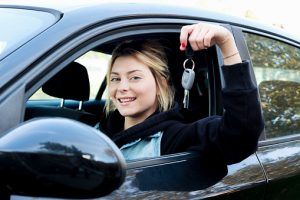 A tragic car accident causing the death of a Columbus, OH teen was reported recently by WishTV. The teen who died in the collision was 17-years-old and his death occurred in a three-vehicle accident on a Thursday night. The 17-year-old who died in the accident was the driver of the car.

Witnesses indicate the driver pulled into the path of another oncoming car, which in turn caused the oncoming car to hit another vehicle. The 17-year-old driver, who had three passengers in the car with him at the time of the incident, died at the crash scene.  All three of the passengers sustained serious injuries and had to be taken to the hospital. One female passenger in the car accident was described as having “life-threatening injuries.”

The cause of the crash and the reasons why the 17-year-old swerved into the path of an oncoming car remains unclear. A full investigation will be conducted and, if it turns out the teen driver was to blame, legal action may be taken against his estate by the victims and their families.  Victims need to recover from losses, especially if their injuries are very serious.

Teen Car Accidents In Columbus Are A Serious Risk

This tragic accident which occurred is not the first and won’t be the last time a Columbus teen dies in a car accident. In fact, teenage drivers are known to be one of the demographic groups at the highest risk of being involved in a serious or fatal car wreck. Drivers who recently received their driver’s license are oftentimes unable to recognize dangerous situations and may be at risk of underestimating hazardous situations on the road ahead.

In addition, teen drivers may be more at risk of speeding and tailgating other vehicles, putting themselves and other motorists at risk of rear-end accidents. When the two dangerous behaviors are combined, such as on a highway, a sudden stop by the front driver could have fatal results.

Young people are also more likely to be at risk of dying in a collision if they have passengers in the car, as the young motorists did in the recent fatal accident. That’s because a teen driver may not be accustomed to talking with other passengers inside a vehicle and potentially take his or her eyes off the road.

The added risks of a car crash when teens have passengers in the car mean parents need to impose restrictions on teen drivers driving with friends. Ohio is one of many states that has put graduated licensing laws into place to limit what teen drivers can do in order to help them stay safe.

Under Ohio’s graduated licensing law, new teen drivers are not allowed to have more than one passenger unless the teens are supervised. It is only when the teen turns 17 that the passenger restriction is lifted.

Still, as this recent tragedy shows, 17-year-olds remain among the high-risk demographic group. Parents and teens need to make sure to emphasize the importance of being careful when young people drive with their peers in the car.

Get Justice For Your Loved Ones

At Michael D. Christensen Law Offices LLC, our dedicated legal professionals have a proven record of success and take pride in helping our clients recover from the loss and the compensation they’re entitled to with an experienced car accident lawyer who knows how to fight for car injury victims in Ohio.

We also offer legal representation on a contingency fee basis, which means there is no upfront money, hourly rate, or retainer for you to pay. Our fee is a percentage of your final settlement or judgment, and if we don’t win, you don’t pay. It’s that simple.

Find out how our law firm can help you and contact us today for a free consultation.