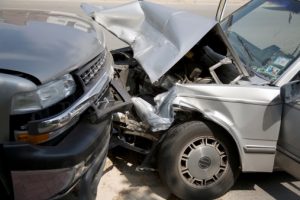 Motor vehicle crashes remain a leading cause of death. Despite the fact there are fewer fatalities in car accidents today than in prior decades, there has been a recent jump in car accident deaths which is troubling safety experts.

Drivers need to be aware of rising accident rates and motorists should try to do their part to reduce the chances they will be seriously hurt or will injure or kill others in a Columbus car accident. Safe driving is every motorist’s responsibility and it is only when driver behaviors change that crash rates can significantly fall.

Motor Vehicle Crash Rates are Rising In the United States

During 2015, there were 38,300 people in the United States who lost their lives in car crashes. In 2014, by comparison, there were 35,236 deaths over the course of the year. The dramatic increase in victims of fatal accidents means the jump in fatalities from 2014 to 2015 was the greatest increase over the past half-century.

The president of the National Safety Council, who is also the former chairwoman of the National Transportation Safety Board, indicated the numbers should serve notice. She warns “Americans take their safety on the roadways for granted,” and goes on to caution that “driving a car is one of the riskiest activities any of us undertake.”

The increase in fatal accidents may have occurred, in large part, because there are more people on the roads. There are more drivers and more people traveling in cars for longer distance as a result of changing economic conditions nationwide. Gas prices in 2015 were as much as 28 percent lower throughout the country as compared with the price of gas in 2014. Lower cost gas makes it possible for more people to drive more often. In 2015, for example, there was a 3.5 percent increase in the total number of miles driven by people throughout the United States as compared with in 2014.

Gas prices are expected to fall even further over the course of 2016, which means there could be even more people on the roads this year as compared with last year. Unless something changes, the problem is this could mean 2016 is yet another year when more people die in car accidents.

A drop in gas prices and an increase in miles driven does not have to equate to a higher fatality rate if drivers would simply exercise additional caution and care behind the wheel. If motorists would obey safety rules, avoid unnecessary risks, and ensure they are at least as careful as the average reasonably safe driver, far fewer collisions would occur and lives would be saved.