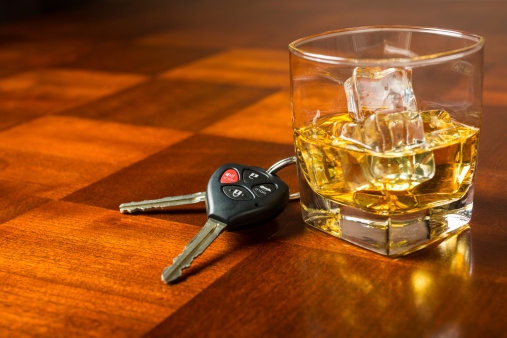 While the number of drunk driving deaths per year has decreased since the 1980s, work still needs to be done to create safer roadways. Alarmingly, one person is killed in the United States every 50 minutes by a drunk driver. That adds up to 29 deaths every day. A significant percentage of drunk drivers who are responsible for these losses are so-called “high-risk impaired drivers.”

These are people who lack “the restraint or self-control to resist driving impaired,” according to the Governors Highway Safety Association (GHSA).

They meet the following criteria:

What Are Treatment Options For Impaired Drivers?

More than 60 percent of drunk-driving crash fatalities involve a high-risk impaired driver, according to the GHSA. A new GHSA report titled “High-Risk Impaired Drivers: Combating a Critical Threat” calls for a holistic approach that focuses on the need to treat the underlying problem that leads to the behavior. Research finds that many of the drivers have a mental health disorders, in addition to substance abuse problems.

The GHSA report describes the approach as “individualized justice,” which they say is the better way to stop repeat offenders than fines and jail time. In addition to testing for alcohol in the driver’s system, the approach calls for testing for other drugs. Many states, however, do not have the resources to screen for drug impairment.

Moving Beyond Fines And Jail Time For Drunk Drivers

Safety advocates say moving beyond fines and incarceration and adopting an individualized justice approach may reduce the number of drunk driving fatalities. The Insurance Journal quotes one safety advocate who stated, “Right now, our approach is to catch, convict and punish the high-risk impaired drivers and then release them. It’s a cookie-cutter approach that doesn’t treat the underlying problem.”

As an experienced attorney who has represented victims of drunk driving accidents, in Columbus, Ohio, attorney Mike Christensen understands the devastating impact of irresponsible decisions made by high-risk impaired drivers. Drunk driving continues to be a huge problem. States should consider how to implement the individualized justice approach.

How A Personal Injury Attorney Can Help With DUI Cases

A drunk driving crash can result in serious injuries and even loss of life. Injuries from accidents can prevent you from engaging in activities. You may be unable to work. You may have to give up hobbies you loved. Victims sometimes find the insurance company downplays their injuries or tells them the accident claim is not worth pursuing.

We know the truth. You need an experienced attorney who will handle your claim while you focus on your recovery. Contact Mike Christensen Law Offices LLC today for a free consultation.