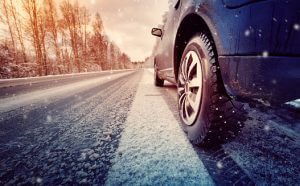 Drivers engage in dangerous habits during all months of the year. However, with the holidays comes an upsurge of traffic and environmental factors.

When inclement weather strikes, Columbus roadways can become dangerous. As we discussed last month, shorter days and more nighttime driving decreases visibility and increases the likelihood of drowsy driving. These factors and more can be a recipe for disaster.

In comparison to other holidays through the year, Christmas and New Year’s ranked low between 2011 and 2015 when it came to traffic fatalities. However, the risks on each day still remain relatively high when compared to the average number of fatalities on any given day.

WHAT TO WATCH OUT FOR THIS HOLIDAY SEASON

EHS Today has identified four of the most dangerous driving hazards you may face during the holiday season. These include:

Don’t hesitate to take action after an auto accident

At Michael D. Christensen Law Offices LLC, we wish everyone a safe and happy holiday season. If you or a loved one is injured in an auto accident, don’t hesitate to take action. Your holiday shouldn’t have to be ruined because of someone else’s negligent behavior. We’ll fight to hold them, and their insurance companies, accountable.

Our legal team is dedicated to helping injured motorists in greater Columbus. Contact us today to learn how we can help you.