How Hostile Behavior Towards Bicyclists Puts Lives At Risk 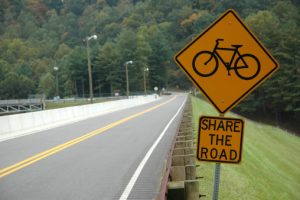 Bicycles are becoming an increasingly popular mode of transportation in greater Columbus and across the United States. According to an article by Strong Towns, a website dedicated to community improvement, more Americans are recognizing the economic, environmental, and health benefits of bicycling.

WHY THE HOSTILITY TOWARDS BICYCLISTS?

While more people prefer bicycles over cars, especially in major cities, a parallel hostility against bicyclists exists among motor vehicle drivers. This hostility is so great that many drivers intentionally dehumanize and target bicyclists. This includes acts of violence and even attempts to run bicyclists off the road.

Australian researchers surveyed drivers on their general attitude towards bicyclists. Nearly half of non-cyclists consider them less than human – comparing them to “cockroaches” and “mosquitos.”

“Studies have shown that dehumanization is associated with increased antisocial behavior and aggression toward a variety of groups, and that it does so by removing normal inhibitions against harming others,” said the study’s author Alexa Delbosc.

The study also found that the more drivers dehumanized bicyclists, the more likely they were to engage in dangerous and aggressive behavior.

Other studies show that roughly 70 percent of bicyclists experience hostile behavior or harassment from drivers. About 15 percent have even reported having objects thrown at them.

Upholding your rights as a bicyclist

Unlike motor vehicle drivers, bicyclists are among the most vulnerable road users. They aren’t protected by steel frames, seat belts, or air bags. At best, helmets and other protective gear may only mitigate the chances of sustaining severe or life-threatening injuries.

While many drivers view bicycles as toys, rather than legitimate tools for getting around, Ohio law sees things differently. Bicycles are defined as vehicles, which can legally be operated on all road types, with the exception of freeways and limited access roads.

Like motor vehicle drivers, bicyclists must follow the same set of road rules. There is no reason why any driver should violate the law by becoming aggressive and attempting to inflict harm on a bicyclist. When this happens, they should be held accountable.

If you’re a bicyclist who was injured by an aggressive or negligent driver, you are entitled to compensation through a personal injury claim. When reporting the accident, don’t waste your time speaking with the driver’s insurance company. They, too, have a bias against bicyclists that they will attempt to work to their advantage.

Instead, contact Michael D. Christensen Law Offices LLC to discuss the legal recourse available to you. Your consultation is free of charge and we operate on a contingency fee basis, which means you don’t pay unless we win.