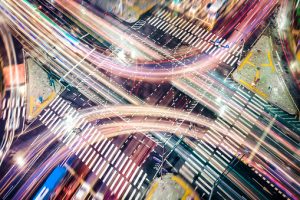 A new report released by the Mid-Ohio Regional Planning Commission (MORPC) sheds light on the most dangerous intersections in the Columbus area.

Taking the dubious honor of the most dangerous spot in Central Ohio is the Broad and James intersection in east Columbus. Over the last two years, there have been 172 crashes at this intersection, including one fatal accident.

Aggressive driving is partially to blame for crashes at Broad and James and other dangerous locations, such as Broad and Yearling in Whitehall and Cleveland and Morse in Columbus. When drivers run red lights or speed up instead of yielding at a yellow light, they put others at risk.

Traffic congestion and visibility are also partially to blame for these crashes, but those factors don’t absolve drivers of responsibility. Motorists owe it to themselves and others on the road to account for limited visibility, slow down and drive defensively to avoid collisions.

Intersection accidents can be dangerous. Here’s how to stay safe.

Intersections are some of the most common places for car accidents to happen, and unfortunately, many of those crashes are quite serious. That’s because intersection accidents are often “T-bone” accidents where the front of one car strikes the broad side of another car. Because the side of a vehicle provides relatively little protection compared to the front or rear, serious injuries often follow.

Defensive driving can reduce the risk of being involved in an intersection crash. Here are some things to keep in mind:

Remember, if you’ve been injured in a collision at an intersection in Columbus or anywhere else in Ohio, you have legal rights.