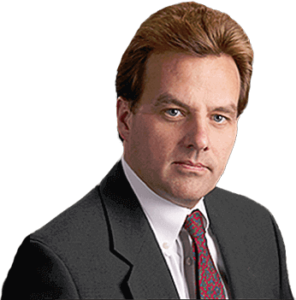 What Caused My Motorcycle Accident?

Motorcyclists know that they need to be extra careful when riding. They need to be more alert, as other drivers may not see them. They need to take extra precautions when road conditions are not good due to weather or construction. But an irresponsible car or truck driver can change their lives in an instant. Drivers who hit motorcycles commonly do so because they are:

Many times, these drivers will deny doing anything wrong. And the insurance company is happy to take their side. If you’ve been injured in a motorcycle accident due to an irresponsible driver, you need an experienced attorney to fight for your rights. Contact us so we can get started on your case.

Could a distracted driver crash into my motorcycle?

Absolutely. Driver distraction and inattention is a common cause of motorcycle accidents. Too many drivers pay attention to things other than the road. They may be texting, talking on the phone, eating, changing the radio station or just daydreaming.

This takes their attention away from the traffic and road conditions. They don’t see the motorcyclist signaling to enter the lane. Or they change lanes without looking to see if a motorcycle is traveling in it.

They don’t even have to be driving to cause a crash. Many accidents occur when a motorist in a parked car opens the door suddenly into oncoming traffic, and into the path of a motorcyclist.

Could reckless driving have caused my motorcycle accident?

It’s not only possible, but likely. Reckless drivers pose a risk to all other motorists, especially motorcyclists.

Many motorcycle accidents occur at intersections when a driver does not use proper care while making a left turn. They may misjudge the motorcycle’s speed or distance, or panic and come to a complete stop during the turn.

Could my motorcycle accident have been caused by a drunk driver?

Yes. Operating a vehicle under the influence (OVI) is a serious offense in the state of Ohio. But many drivers don’t follow the law and get behind the wheel after drinking or doing drugs.

A drunk driver has impaired decision-making and response times, making a crash much more likely. He or she may also have blurry vision from drinking and not even see that there’s a motorcycle on the road.

This irresponsible and illegal behavior hurts a lot of people. There were 388 alcohol-related motorcycle crashes in the state of Ohio in 2014, resulting in 300 injuries.