Finding Out How Your Car Accident Happened

Home » Blog » Finding Out How Your Car Accident Happened

How Your Car Accidents Happened

Car accidents happen fast, but putting together the chain of events that led to them can take a long time. You may not know why it happened, and the insurance company will use that uncertainty as a weapon to try to deny you the compensation you deserve.

That’s where an experienced attorney can make a huge difference. We know how to investigate and determine fault for a crash. Here’s how we identify how accidents happen.

Under Ohio law, the only type of distracted driving that’s specifically illegal is texting and driving. However, all drivers have a legal responsibility to keep their full attention on driving to avoid causing a crash. Distracted driving isn’t just phone use; it also includes talking to passengers, adjusting the radio, eating and drinking, and more.

If we suspect a crash was caused by a distracted driver, we’ll talk to witnesses and cross-reference evidence from the crash scene to see if the at-fault driver’s explanation of what happened holds up. We’ll also take action to get cell phone records or other evidence that may prove the driver who hit you was distracted.

Asleep at the wheel

It’s understandable that people are tired, but that doesn’t excuse getting behind the wheel when they aren’t safe to drive. Indeed, driving on no sleep is just as dangerous as driving drunk. Motorists who fall asleep at the wheel often cause serious accidents, especially if they drift into the oncoming lane and hit someone else head-on.

There are two critical pieces of evidence to prove a driver was asleep at the wheel. First, sleeping drivers usually don’t hit the brakes before impact, which means there will be no skid marks. Second, drivers who fall asleep usually don’t remember what happened. We will review and cross-reference their statements to show that gap in memory.

There’s no excuse for getting behind the wheel while intoxicated, yet too many Ohio motorists still do so. We take drunk driving cases seriously because we know how important it is to hold drunk drivers accountable.

Our goal is to find evidence that the driver who hit you was reckless or irresponsible, which means talking to witnesses and reviewing evidence from the scene. Even if the driver who hit you is ultimately not convicted of DUI, we can still pursue damages with the lower standard of proof in civil court. We’ll also look into the establishment that provided the alcohol and see if they were illegally served, which could be the basis for a “dram shop” liability claim.

Other forms of negligence

The only way to truly understand what happened in a car accident is to look at all the evidence. We may find that the driver who hit you was speeding or that a mechanical defect led to the crash. We pore over accident reports, interview witnesses and consult with experts as needed to put the pieces back together. Once we know who caused your injury, we can start the process of holding them accountable.

Mike Christensen Law Offices has been serving injured motorists in the greater Columbus area since 2002. We have seen how insurance companies take advantage of crash victims and their families when they are suffering. We know the tricks they use to pay crash victims as little as possible.

Our law firm will aggressively pursue compensation on behalf of our clients. We’re not scared of the insurance companies and won’t put up with their tactics. Demand justice – contact attorney Mike today. No matter how serious your injury is, we’ll fight for your rights. Let us help you recover what you have lost. 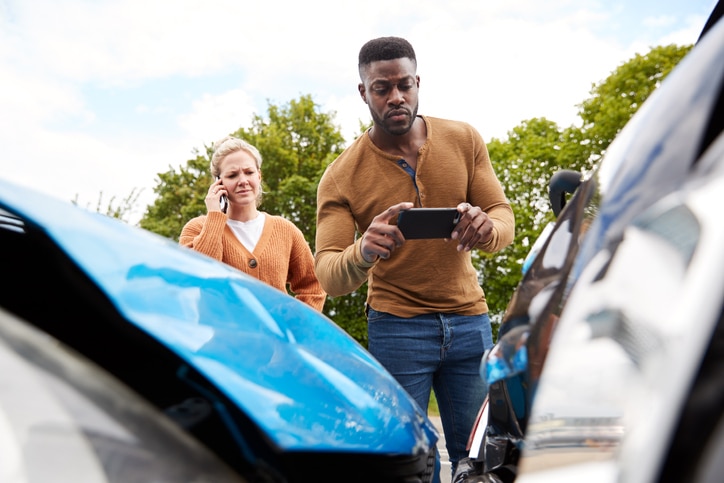