Senior driver safety has become a pressing social issue. Thanks to advances in healthcare, public sanitation, and technology, the average lifespan is longer than ever. This has led to an aging population which has specific and unique needs.

The inevitable increase in elderly drivers on the road will present specific issues for road safety in coming years. Some of these safety concerns can be addressed with roadway infrastructure that effectively meets the needs of aging drivers.

THE RISKS FACED BY ELDERLY DRIVERS AND PASSENGERS

The Pittsburgh Post-Gazette reports that the fatality rate for drivers aged 65 and older is increasing faster than the overall fatality rate for drivers of all ages. A report issued by TRIP (a national transportation research group) found that, between 2012 and 2016, the number of drivers aged 65 and older increased by 16 percent. Yet the number of traffic fatalities in this age group increased by 21 percent during the same period. This suggests that common road hazards may disproportionately affect older drivers.

TRIP identified specific physical challenges presented by aging, such as diminished eyesight and reduced reflexes, which can affect the ability to drive. Judging distances, making quick decisions, and other driving tasks can all be impaired by the effects of aging. In order to address these challenges, larger road signs with brighter lights are suggested in order to help elderly drivers accomplish driving tasks. TRIP also suggests making entrance and exit ramps longer. This could relieve traffic congestion, as well as provide all drivers with more time to make lane changes.

Notably, the study found that intersections seem to be an especially challenging location for older drivers. Statistics from 2016 revealed that fatal accidents occurring in an intersection were almost twice as likely to involve a driver aged 65 or older as a driver under the age of 65.  Because of this, TRIP recommends the use of roundabouts. But roundabouts would not be without their own risks. Most American drivers have little (if any) experience in yielding to traffic in order to safely enter a roundabout. The change could be especially difficult for older drivers who are well-set in traditional traffic patterns (and may have slower response times as a natural result of aging).

The Importance of Discovering All Causes of a Traffic Accident

It is important to understand which specific factors lead to a car accident in order to correct them. Negligent drivers, auto manufacturers, or road maintenance agencies must be held accountable for the dangers they pose to road users.

A Columbus car accident attorney can help accident victims find all legal causes of their injuries. This allows victims to both hold negligent parties accountable, and to access the compensation the law provides for those who are injured by the negligence of another road user. 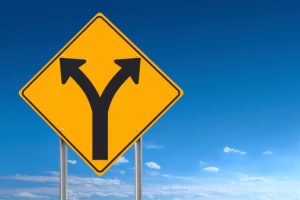