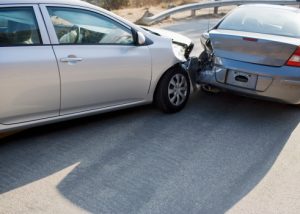 Recently, an Ohio State Patrol trooper and a female motorist were both hurt in a collision involving a semi-tractor trailer and the patrol trooper’s police cruiser. The trooper had come to investigate a one-car motor vehicle accident on Interstate 70 in Ohio which involved a 23-year-old driver whose car was disabled by the crash. The trooper brought the 23-year-old woman into his cruiser to interview her, after setting up flares on the side of the road.

A 36-year-old semi-truck driver passed through the safety zone where the flares had been set up, and the semi-truck struck the trooper’s cruiser. Both the woman who was being interviewed and the law enforcement officer sustained injuries and had to be transported to the hospital.

According to 10 TV, the driver of the semi-truck has been charged with a failure to maintain a clear assured distance ahead, failure to change lanes to avoid a stationary public safety vehicle, and driving a commercial vehicle with impaired alertness. The collision is still under investigation.

This particular accident was unusual because the driver drove directly through flares to hit the back of the police cruiser. However, rear-end accidents, in general, are extremely common, some of the most frequent types of car accidents to occur on Ohio roads. Drivers need to be sure they follow best practices for safety to avoid rear-ending other motorists and victims should understand the obligations of motorists as well as their rights after an accident happens.

Tips for Prevention Of Rear-End Accidents

To avoid causing rear-end crashes which could result in injury and lead to criminal charges, drivers should:

Unfortunately, while you can usually avoid causing a rear-end crash, it is much more difficult to avoid being victimized by one. If someone else strikes the back of your vehicle and hurts you, you need to know your rights and pursue a case for compensation. The rear driver is presumed negligent in rear-end crash cases, which can make it easier for victims to recover compensation for losses since they won’t usually have to specifically prove the driver who hit the back of their car was unreasonably careless.

If you or a loved one was injured or a loved one died in a car accident in Columbus, OH, or surrounding areas, contact Mike Christensen Law Offices for a free consultation. Call 866-408-8191.