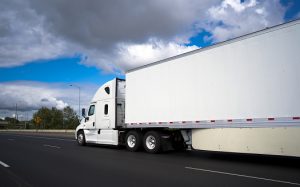 A truck accident in Columbus can be very dangerous because the large size of a truck means there is more momentum and the impact of the crash is greater. One of the most dangerous types of truck accidents which occur is underride accidents. Underride accidents happen when a passenger car ends up going underneath the body of the truck. This can happen when a car hits a truck from the back, or when a car is on the side of the truck when a collision happens.

There should be underride protections in place on trucks to prevent underride accidents from occurring. Unfortunately, safety precautions are often inadequate. This could be changing, but the process of fixing the problem with inadequate underride guards is likely to be a long one.

In December 2015, National Highway Traffic Safety Administration published a Notice of Proposed Rulemaking. NHTSA announced its new rules would upgrade Federal Motor Vehicle Safety Standards (FMVSS) and require more robust rear impact guards on both trailers and semitrailers. Most trailers and semitrailers already mandate the use of rear impact guards, which are essentially bars preventing cars from going underneath. However, the new rules would make the bars more robust because current underride guards are inadequate.

Insurance Institute for Highway Safety (IIHS)  has been warning NHTSA for around 10 years about the need for stricter rules on underride protections, so this new development is a positive one. Unfortunately, it will take time for a proposed rule to actually go into effect. NHTSA should have acted a long time ago to make the change.  NHTSA has estimated around 423 people are killed in truck accidents annually because of underride accidents. In addition, around 5,000 people get hurt each year in underride accidents. If NHTSA had acted when IIHS first raised problems, thousands could have been saved in recent years.

IIHS reported on a large truck crash causation study conducted on the causes of 1,000 real-world crashes. Underride problems happened in 115 of the collisions which involved a passenger car hitting the back of a semi-trailer or the back of a heavy truck. Just 22 percent of collisions didn’t involve some degree of underride.

Out of the deadly crashes in the study, 23 of the 28 truck accidents in which fatalities occurred involved severe or catastrophic underride damage.  Motorists are much more likely to be hurt or killed when their car gets trapped under a truck than if there are bars in place to prevent this type of problem from happening.

Hopefully, new NHTSA proposed rules will become actual rules and trucks will be required to do better when it comes to underride protection. Until the change becomes official, trucks will continue to present a significant risk of people getting hurt or killed in truck accidents when their cars end up on the underside of a truck.