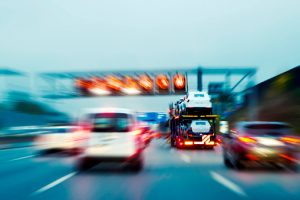 A look back at past Thanksgiving shows that motorists face a substantially increased risk of auto accidents over Thanksgiving. As this year’s Thanksgiving holiday approaches, it is important to consider the car accident risks the holiday can present.

On one recent Thanksgiving day, a tragic Ohio crash occurred that killed two people. Inquisitr reported the fatal vehicle accident was recorded on the dashcam video of law enforcement officers. The officers had noticed a car speeding by them at very high speeds and began to follow the vehicle. But the police were not able to catch up with the car. Some estimates suggest the car was going more than 100 miles per hour. Ten minutes after initially noticing the speeding car, the officers came upon a crash scene with a vehicle that was on fire. The speeding car crashed into a van while traveling at 125 MPH. The couple inside of the van was killed in the accident.

While this crash was unusual because of the exceptionally high speed at which the driver was traveling, it was one of many Thanksgiving accidents which end in injuries or death. The Thanksgiving holiday, defined as spanning the Wednesday before Thanksgiving to the Sunday after, is one of the most dangerous times on the roads. There are lots of different reasons why Thanksgiving is such a high-risk time for drivers, but one thing is clear: motorists who speed over Thanksgiving are at significantly greater risk and putting themselves and others in jeopardy.

Speeding Drivers Are The Common Cause Of Car Accidents During Holidays

Speeding is always dangerous. Speeding cars have more momentum and longer stopping distances and hit other vehicles with greater force. Essentially, the decision to speed is choosing to risk disaster on any day of the year. However, speeding during the Thanksgiving holiday period can be especially dangerous.

Speeding is more dangerous than normal over Thanksgiving because of the significantly increased traffic volume on the roads. Dispatch.com reports that an estimated 1.5 million Ohioans drive to someone’s house over the Thanksgiving holiday season. Many of these motorists drive 50 or more miles to get to their destination.

The fact so many people travel over Thanksgiving means the roads are more congested. More congestion makes speeding even more dangerous than usual because there is less margin of error on crowded roads. If you’re going at a high speed and you lose control of the car or cannot stop in time, there is a greater chance you will hit someone if the roads are packed with people.

Drivers should make a commitment to stay within the speed limit during the Thanksgiving holiday season and beyond. By simply deciding not to speed, lives could be saved.

How Can Michael D. Christensen Law Offices Help Me After A Car Accident?

Each case is different. First, we’ll meet with you to get the details about the accident. We’ll review all related paperwork, such as police reports, medical records, and repair estimates. Furthermore, we will visit the accident site and learn all we can about what happened so we know the facts. And we’ll use those facts to get you the best outcome possible.

It’s important to seek legal advice soon after being injured in a car accident. Don’t answer any questions or sign any papers from the insurance company until we meet to evaluate your case.

If you have been injured in a car accident, please contact us to discuss your case further!