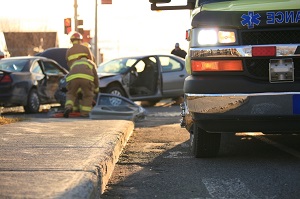 As personal injury lawyers, we know all too well how devastating accidents can be. Mike Christensen and his team have represented car crash victims and people struggling with a range of injuries.  In a heartbeat, your life can be upended because another driver got behind the wheel after drinking or chose to read a text message while cruising along a highway. Someone’s careless choice can result in loss of life or catastrophic injuries.

We know these accidents can be prevented if drivers make safety a Number 1 priority. Unfortunately, too many drivers are making careless and reckless choices, as recent statistics from the Ohio State Highway Patrol illustrate.

According to an article in Cleveland.com posted on Jan. 1, the number of traffic fatalities across Ohio went up for the second year in a row. The report cited statistics from the State Highway Patrol. Last year, 1,057 people died on Ohio roads, which was an increase from 1,008 fatalities in 2014. There were 990 fatalities in 2013, which was the lowest number per year since the 1930s, according to the news report.

In a media release, the Highway Patrol reported there were 10 deaths during the New Year’s Holiday (between Dec. 31 and Jan. 3).  During this span, law enforcement arrested 438 drivers for impaired driving and cited 950 people for failing to wear their seatbelts.

A week earlier, during the Christmas holiday (Dec. 24-Dec. 27), nine people died in accidents, and 332 drivers were arrested for operating a vehicle impaired (OVI).

The Highway Patrol says about 60 percent of all fatal crashes involved someone failing to wear a seatbelt. About one-third of fatal car wrecks involved drivers impaired by drugs or alcohol, according to the Cleveland.com report.

As attorneys for accident victims, our goal is to help our clients get the full compensation they need and deserve. But we also believe in advocating for safety. We want to do our part to make Columbus and all of Ohio a safer place to live and work.

How to Become a Safer Driver

The following are tips all drivers should follow to make 2016 the safest year on record:

We know that Ohio drivers can do their part to reduce fatal crashes. It’s a matter of making responsible choices. While we wish everyone a safe year, we know that accidents will happen in a state with more than 11 million people. If you or a loved one was injured or a loved one died in an accident, contact Mike Christensen Law Offices for a free consultation. Call 866-408-8191.