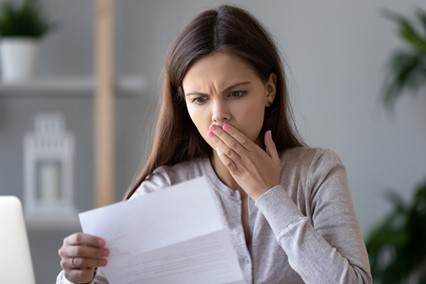 Medical bills can add up fast after a serious car accident. This might explain why medical expenses have become one of the most common types of debt people have in this country. Currently, Americans owe more than ever when it comes to medical debt, according to The New York Times. Overall, the total amount of medical debt owed nationwide has grown to more than $140 billion, nearly twice as much as previously estimated, according to an analysis of medical debt published in the Journal of the American Medical Association (JAMA).

“I understand that hospitals have pressures to squeeze every dollar out of their consumers,” said U.S. Sen. Chris Murphy (D-Conn) in an interview recently with The New York Times, “but I think they should refrain from the most aggressive debt collection practices.” Sen. Murphy introduced legislation last year that would require hospitals to publicly report how they collect a debt and caps the interest rates that patients could owe.

Who Owes The Most Medical Debt?

Such results reflect similar findings in previous studies. A 2018 study conducted by the U.S. Census Bureau found that race, education, and where people live were all factors that determined how much someone owes for medical debt.

What Are Common Medical Expenses?

Medical expenses can cover a wide range. Depending on what type of injury or illness someone sustains, the types of medical treatment they need can include many different types of medical procedures, such as:

If you or a loved one sustain a serious injury or illness, your medical expenses can easily add up to thousands of dollars or significantly more. This is especially true in cases involving car accidents. Whether you have whiplash, a concussion (traumatic brain injury), or another type of serious injury, you may need extensive medical care at the Ohio State Emergency Department East Hospital or another medical facility.

The bottom line is you should not have to worry about how to pay for your medical treatment, especially if another driver caused your crash. That’s why it’s important to talk to an attorney as soon as possible after your accident.

How Can A Car Accident Attorney Help?

It’s important to understand how financial compensation works for car accidents in at-fault states like Ohio. If another driver causes an accident, the at-fault party (often the at-fault driver or their insurance company) is responsible for financially compensating injury victims for their accident-related expenses.

This might sound straightforward. But the reality is getting the money you deserve for medical bills, vehicle repairs, replacement income, and other accident expenses can be very difficult. The at-fault driver’s insurance company can be especially hard to deal with after an accident. Often, they’ll do everything they can to reduce or deny your claim rather than pay you the money you rightfully deserve.

We know what’s at stake at Michael D. Christensen Law Offices LLC in Columbus. As your law firm, we can get right to work on your case. Whether it’s analyzing your accident report, tracking down witnesses, or consulting with accident reconstruction experts, we leave no stone unturned in pursuit of evidence in support of your injury claim.

Discover how our law firm can help after your car accident. Contact us at 866-408-8191 and schedule a free case evaluation at our Columbus, Ohio office.