Tips for Staying Safe from Pedestrian Accidents in Columbus, OH 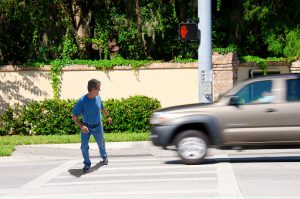 A pedestrian was killed in a motor vehicle accident in Southwest Columbus recently, according to NBC news. The victim reportedly stopped his car on a busy road in Columbus and began walking in the middle of the road at around 11:00 PM. He stopped the vehicle in the left eastbound lane on Frank Road before getting out of the car and walking along in the westbound lane. The 54-year-old victim was struck by a Chevrolet Impala, which was being driven by a 26-year-old driver. The victim was taken to the hospital, where he subsequently died.

Law enforcement officers are investigating the crash. Police indicate it is not yet clear why the victim got out of his car or how the accident happened. It is also too early to determine if anyone will be charged for causing the crash to occur.

Regardless of what the outcome of this particular case is, however, the tragic accident is an important reminder of the importance of following best practices for safety. Both walkers and motorists who are driving cars need to know about dangers of pedestrian accidents and should take steps to try to prevent collisions from occurring.

If the driver got out of his vehicle because the car was broken down, this is a common scenario which can result in pedestrian accidents, especially on busy roads. Edmunds recommends a driver who has pulled over to the right should get out of the passenger side of the car, rather than opening the driver’s door and getting out onto oncoming traffic.

Centers for Disease Control and Prevention also offer other safety tips for pedestrians and drivers including:

By following these tips, the number of pedestrian accidents can be reduced in the future and tragic deaths like the fatality in Columbus can be avoided.