Should I See a Doctor After an Accident, If I Feel OK?

Home » Blog » Should I See a Doctor After an Accident, If I Feel OK? 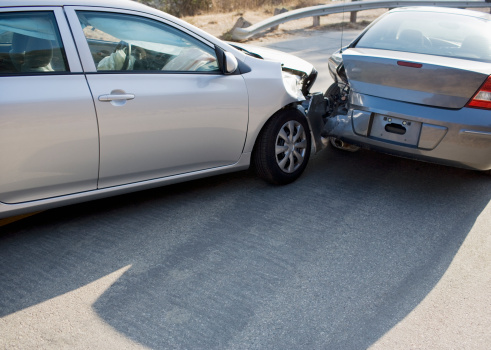 Seeing A Doctor With No Physical Symptoms After An Accident

If you were in a car accident, you likely sustained an injury, even if you feel OK at first. Pain from underlying injuries doesn’t always show up immediately. It can sometimes take several days for pain and discomfort to set in.

If you fail to seek medical attention promptly after a crash, your injury could worsen. In addition, a delay in medical treatment could hurt your car accident claim. The insurance company representing the at-fault driver may use your delay in going to a doctor as leverage to downplay your claim.

Why Should I Go See A Doctor?

Your doctor can identify your injury during a medical evaluation and begin treating it before it worsens. It’s common for certain injuries to go unnoticed immediately after a crash. These usually include:

Whiplash is caused by a rapid backward and forward motion of the head and neck and is usually caused by rear-end collisions. Symptoms may appear within the first 24 hours after a crash but can take up to several days to appear.

A blow to the head caused by a crash could result in a concussion. Symptoms generally take roughly 7-10 days to appear and can last up to several months.

Injuries to the discs in the spine or the spinal cord can result in nagging, and sometimes debilitating, pain. Back injury symptoms usually involve low back pain, muscle spasms, sciatica, nerve pain, or tingling in the limbs.

How Can A Personal Injury Lawyer Help Me After I Get Medical Attention?

If you were involved in a crash and get immediate medical attention, you did the right thing. The difficult part is receiving compensation for your medical bills, lost wages, and other damages. If you think the insurance companies are going to compensate you to the fullest extent, think again. They employ several tricks to minimize your claim and avoid paying.

Mike Christensen Law Offices LLC has been taking on the insurance companies in Ohio for nearly two decades. Our experienced legal team can put a true value on your claim and negotiate with insurance companies to cover all damages owed to you. We offer free case evaluations and don’t charge any fees unless we win your case. Contact us online to find out how we can help.