Ohio Road Work Zones Can Be Dangerous: What You Need To Know To Stay Safe

Home » Blog » Ohio Road Work Zones Can Be Dangerous: What You Need To Know To Stay Safe 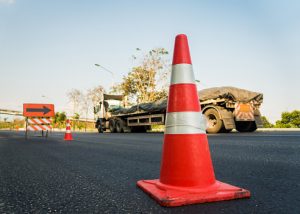 Work zones are becoming increasingly more dangerous for drivers and workers. Driving on Ohio’s roads can be a maze of orange barrels and traffic cones, detours and lane shifts, especially throughout the summer.

Work zones have become such a danger that in May, Ohio Gov. Mike Dewine and the Ohio Department of Transportation drew attention to the issues during National Work Zone Safety Awareness Week, according to the Galion Inquirer.

“Just like Ohio’s drivers, road construction workers want to make it home safe at the end of each day,” DeWine told the Galion Inquirer. “Accidents in construction zones are fully preventable when drivers use caution and slow down; doing so could save a life.”

There were 25 deaths in Ohio work zones in 2017, according to the National Work Zone Safety Information Clearinghouse.

Whether you were a driver of a car or a worker injured in a work zone accident, an experienced Ohio car accident lawyer can help you understand your rights.

Contact Michael D. Christensen Law Offices in Columbus and schedule your free case evaluation with an accident lawyer who cares about you.